MANILA, Philippines -various lawmakers have submitted a formal bill that aims to abolish the Continuing Professional Development (CPD) Act of 2016. 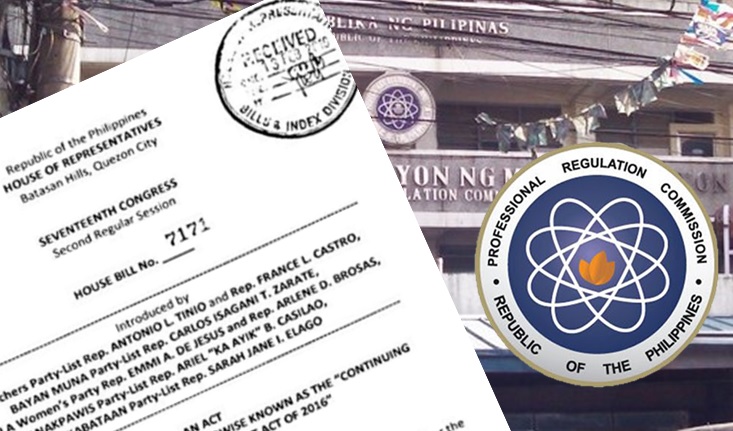 Representatives Antonio Tinio and France Castro of the ACT Teachers Party-List were the ones who have formally filed the House Bill No. 7171 to the House of Representatives to help repeal the controversial CPD Law.

In the formal statement, the solons stated their opinion on CPD Law and quoted “geared to benefit foreign corporations—not the professionals themselves nor the Philippine economy, aside from imposing multiple financial, logistical, and psychological burdens on teachers and other professionals.”

“This government should no longer inconvenience our professionals in the name of business and foreign interests. We strongly urge the House of Representatives and the Senate to immediately hear and pass House Bill No. 7171 to repeal the CPD Act of 2016,” the representatives added.

According to this CPD Law, all professionals are required to earn CPD units by joining formal and non-formal training for the renewal of their Professional Identification Card every three years, effective July 1, 2017.

The Professional Regulation Commission (PRC) explained that the law was enacted to conform with the Association of Southeast Asian Nations (ASEAN) Mutual Recognition Arrangements, the Philippine Qualifications Framework, and the ASEAN Qualifications Reference Framework to help Filipino professionals to be at par with other member countries’ standards.

Rep. Tinio pointed out that the law makes Filipinos “exported as cheap providers of professional services” and adds that it further promotes the “labor export policy, which already sends out of the country daily thousands of Filipinos, professionals among them.”

They called the CPD Act as an “unnecessary law” because we already have existing laws and provisions “to ensure that professional standards are upheld, professional competencies are continuously developed, and public welfare is protected.”

Professionals unhappy with the CPD Act

Several professionals have already expressed with dissatisfaction over the CPD Act. Since last year, countless of petitions from various professions have been made.

A Facebook post from Hernando Bernal was answered by the Sen. Antonio Trillanes IV, one of the authors of the law. Trillanes explained that they have forwarded his complaint to the PRC. He also gave an assurance that he asked the PRC to make their operations more “efficient, convenient and affordable for professionals.”

PRC made clarifications that Sen. Trillanes never made mention that the CPD Law will be abolished but is is continually meeting with stakeholders to improve the law.

They also added that they practice “maximum flexibility” in the implementation of the CPD.

PNA: BLS AND ACLS PROGRAM for the month of August 2019

PNA: BLS AND ACLS PROGRAM for the month of July

What is Continuing Professional Development (CPD)?

Lawmakers filed a bill that aims to abolish the CPD law

No. 1 Nursing CPD updates in the Philippines

PNA: BLS AND ACLS PROGRAM for the month of August 2019

PNA: BLS AND ACLS PROGRAM for the month of July